Opportunities on Streets Paved with Gold

At the beginning of the 19th century, the young nation began to look to the west for new opportunities.  Unlike the European countries they left behind, the new Americans enjoyed an abundance of land and natural resources in their new country.  Enterprising immigrants, including those from Ireland, engaged in the exploration of the continent.  It was Irish American John L. O’Sullivan, editor of United State Magazine and Democratic Review, who coined the term “manifest destiny” to describe the spirit of expansionism in the United States during the 19th century. 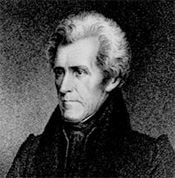 Andrew Jackson, elected President in 1829, is the first American President who can trace his ancestry to Ireland.  His father was born in County Antrim.  Sixteen more American Presidents would trace their roots to Ireland in the years to come.  In addition to holding the office of President, Jackson was a U.S. Senator from Tennessee, a member of the U.S. House of Representatives, and the military Governor of Florida. 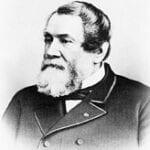 For Irish Americans, the work of the new nation was as much about building as it was about exploration.  Thousands of Irish dug the Erie Canal, built new railroads and roadways in New York, Pennsylvania, Ohio, Illinois and Wisconsin.  Dewitt Clinton, the grandson of Charles Clinton of Longford, Ireland and the Governor of New York was known as the father of the Erie Canal.

In 1834, Cyrus McCormick, who can trace his Irish ancestry to Ulster, received a patent for his invention, the McCormick reaper.  McCormick’s innovation brought monumental change to agriculture in the United States, setting the course for efficient large scale farming.  In 1847, he opened a factory in Chicago and founded a company that continues to the present day.

There is no doubt that the pivotal event of the 19th Century that forever changed the relationship between Ireland and America was the famine known as An Gorta Mór – The Great Hunger.  In the mid-1840’s a fungus caused the failure of the entire potato crop in Ireland.  More than 30% of the population relied on the potato as their main source of food.  Coupled with the government inaction, the crop failure led to the deaths of more than 1 million men, women and children. 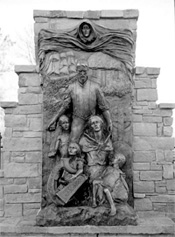 These pages cannot begin to accommodate the scholarship and analysis available on the impact of the Great Hunger on the Irish identity in America.  However, the fact that more than 1 million individuals came to America between 1845 and 1855 marked the beginning of an Irish influence on America that extended well into the next centuries.

Famine immigrants included ancestors of Henry Ford, the man who introduced assembly line production methods to manufacture of automobiles.  He was the grandson of a famine immigrant from County Cork.  The Fitzgerald family of County Limerick left Ireland sometime between 1846 and 1855.  During this same time period, Patrick Kennedy left County Wexford for the United States.  Living and working in Boston, these famine immigrants created the foremost political dynasty in America.

Irish immigration in the 19th century brought one of the most influential labor leaders to America.  Mary Harris “Mother” Jones was born in Cork, Ireland.  At 37 years old, Mother Jones lost her husband and four children to a yellow fever epidemic.  She became interested in the plight of the working people, particularly immigrants.  A controversial figure, Mother Jones was known as the “Miners Angel” and was an organizer for the United Mine Workers.

The wave of Irish immigration in the 1800s supplied thousands of men to fight on both sides of America’s civil war.  Michael Corcoran, of County Sligo, was commander of the famous fighting 69th – the all Irish regiment from New York.  A company of Irish Zoaves, led by the flamboyant Thomas Meagher (later made a Brigadier General), joined the fighting 69th at the first Battle of Bull Run.  Patrick Cleburne, born in County Cork on St. Patrick’s Day, joined the Confederacy in 1861.  He attained the rank of major general and commanded the Arkansas state unit.

Irish influence extended to other aspects of the war as well.  Known as the “father of photo journalism,” Matthew Brady documented the Civil War in a way that set the standard for recording such a prolonged conflict.  His photographs and those of his company can be found in the national archives. 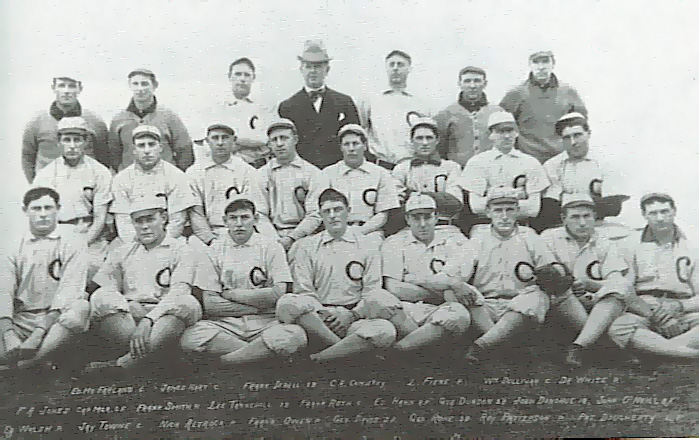 The intersection of Irish immigration and the civil war also led to an interesting and unlikely Irish influence on what was to become America’s national past time – baseball.  By the early 1860’s the game similar to the one we know today began to evolve. It spread across the country during the civil war by soldiers from Massachusetts and New York who introduced the game to Midwesterners and Southerners.  Cities such as Boston, New York and Chicago (all with large populations of Irish immigrants) embraced baseball.  Irish Americans influenced the development and growth of baseball into a professional sport.

In Boston, Andrew Jackson Leonard, a native of County Cavan, played for the Boston Red Stockings. Leonard played a number of positions, most notably left field.  He excelled as a hitter with some sources crediting him with 211 hits in 54 games.  Charles Comiskey,   a first baseman and manager of the St. Louis Browns was the son of Irish immigrants from County Cavan.  He was raised in Chicago and it was said that as he ascended the baseball management ladder, that he dreamed of one day owning the Chicago White Stockings.   And, in 1901 became the owner of the team.

With the explosive growth of the Irish immigrant population at the end of the 19th century, Irish Americans are poised to have enormous influence over every aspect of American life and culture in the 20th century.  In many cases, it will be only one generation from “no Irish need apply” to significant positions in government, business, and the arts.