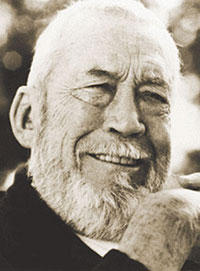 John Huston was an American film director, screenwriter and actor. He wrote most of the 37 feature films he directed, many of which are today considered classics: The Maltese Falcon (1941), The Treasure of the Sierra Madre (1948), Key Largo (1948), The Asphalt Jungle (1950), The African Queen (1951), Moulin Rouge (1952), The Misfits (1961), and The Man Who Would Be King (1975). During his 46-year career, Huston received 15 Oscar nominations, winning twice, and directed both his father, Walter Huston, and daughter, Angelica Huston, to Oscar win in different films. Huston died in 1987 at the age of 81. 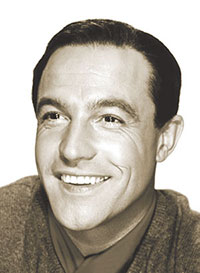 Eugene “Gene” Curran Kelly was an American dancer, actor, singer, film director, producer and choreographer. He is best known for his performances in Anchors Aweigh (1945), On the Town (1949), An American in Paris (1951) and Singin' in the Rain (1952). As a former gymnast, he brought an athletic new dimension to dance that was appreciated by theatre and Hollywood audiences from the 1930s through the 1950s. Kelly received many awards, including an honorary Academy Award for career achievement in 1952, and lifetime achievement awards from the Kennedy Center Honors in 1982, the American Film Institute in 1985 and the Screen Actors Guild in 1989. Kelly died in 1996 at the age of 83. 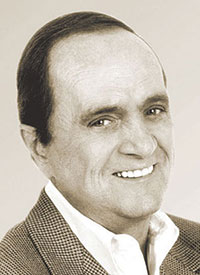 George Robert "Bob" Newhart is an American stand-up comedian and actor. His breakthrough 1960 live album, The Button-Down Mind of Bob Newhart, won Album of the Year at the 1961 Grammy awards, and launched him into stardom. Newhart later took up acting, starring in two long-running, award-winning television series, first as psychologist Dr. Robert "Bob" Hartley on the 1970s sitcom The Bob Newhart Show and then as innkeeper Dick Loudon on the 1980s sitcom Newhart. A native of Oak Park, IL, he attended Catholic elementary and high school, and graduated from Loyola University of Chicago in 1952 with a bachelor's degree in business management. He continues to do live comedy shows and to act on television, most recently appearing in recurring roles on Desperate Housewives and The Big Bang Theory. 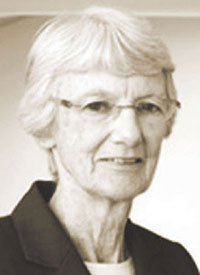 Sister Sheila Lyne is the retired CEO of Mercy Hospital & Medical Center. She was born and raised on Chicago's South Side, and joined the community of the Sisters of Mercy in 1953. Sister Sheila began her career at Mercy Hospital in 1970 after earning her psychiatric nursing degree. She rose through the ranks to CEO in 1976, a post she held until 1991, when she joined Mayor Richard M. Daley’s administration as commissioner of the Public Health Department. In 2000, she returned to Mercy Hospital as the CEO to rescue the hospital from the brink of closing. She held the CEO post until her retirement in 2013. Sister Sheila earned an MBA from the University of Chicago, and is senior adviser to Mercy Foundation Inc., the hospital's philanthropic arm. 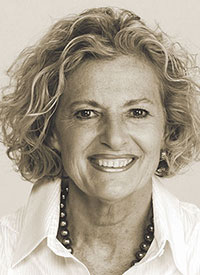 Anne McGlone Burke, an Illinois Supreme Court Justice, is one of the founders of Special Olympics. With the help of the Lt. Joseph P. Kennedy Foundation, Burke and the city of Chicago hosted the first Special Olympics games at Solider Field in July 1968. In 2003, Burke was instrumental in bringing in the Special Olympics World Games to Dublin for the first time. Today, Special Olympics is the world's largest sports organization for children and adults with intellectual disabilities, with more than 4.2 million participating athletes in 170 countries. 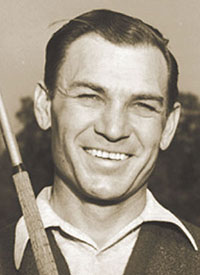 William Ben Hogan was an American professional golfer. Hogan was noted for his contributions to golf swing theory and his legendary ball-striking ability. He is one of only five golfers to have won all four major championships currently open to professionals (the Masters Tournament, The British Open, the US Open, and the PGA Championship). Hogan's watershed 1953 season, in which he won five of the six tournaments he entered including three major championships (a feat known as the "Hogan Slam”), still stands as one of the greatest single seasons in the history of professional golf. Hogan died in 1997 at the age of 84. 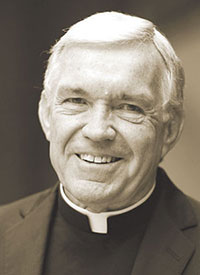 Father John “Jack” Wall is an Irish Catholic priest, educator, community and spiritual leader in Chicago. Father Jack was ordained in 1968 after receiving his Masters of Divinity and STL from the University of St. Mary of the Lake. In 1983, Father Wall became pastor of Old St. Patrick's Church, the second parish founded in the city of Chicago and the city's oldest public building. In 2007, The Holy See appointed Father Wall as President of the Catholic Church Extension Society which strengthens the Church's presence and mission in under-resourced and isolated communities across the United States. 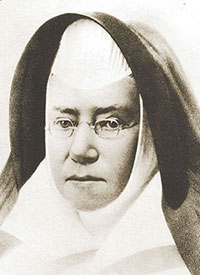 Mother Frances Xavier Warde was one of the seven original sisters who founded the Sisters of Mercy in the United States in 1843. In 1846, she accompanied a group of five sisters to Chicago to institute the first parochial schools in Illinois. By 1852, the sisters had built Mercy Hospital and Orphan Asylum, the city’s first permanent general hospital. At the time of her death in 1884, Frances Xavier Warde had established over 82 Mercy convents, schools, hospitals, orphanages, and other works of mercy in 20 cities across nine states. 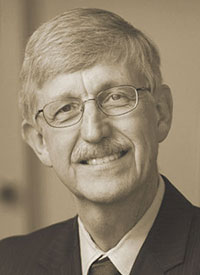 Francis S. Collins is an American geneticist who led the Human Genome Project which succeeded in decoding the human genome. He is currently director of the National Institutes of Health. Born in Staunton, VA, Collins earned a Ph.D. in physical chemistry from Yale University, using theory and mathematics to discover the behavior of atoms and molecules. After obtaining a medical degree from the University of North Carolina, he and colleagues discovered the genes causing cystic fibrosis, neurofibromatosis and Huntington's disease. In 2007, Collins was awarded the Presidential Medal of Freedom, the nation's highest civil award, for his revolutionary contributions to genetic research.
Scroll To Top