Birth of a Nation

Modern researchers, historians, and anthropologists will no doubt continue to debate the question of who discovered America well into the 21st century.  The Irish will participate in that debate with the legend of St. Brendan.  Brendan of Arnfort and Clonfort (also known as Brendan the Voyager) was born in 484 A.D.  near Tralee in County Kerry.  St. Brendan was among the first Christian missionaries of the newly converted Ireland.  Although no historical proof exists, the legends of St. Brendan describe his voyage in search of “paradise” westward from Ireland.   In 530 A.D., Brendan arrived on an island of lush vegetation believed by some to be North America.

The influence of the Irish on America is next noted in the years leading up to the revolutionary war.  Like other immigrants to America, the Irish were fleeing persecution and seeking religious freedom.  Known as Scotch-Irish, many were skilled workers who financed their immigration by becoming indentured servants.

James Logan, born in Lurgan, County Armagh, Ireland sailed with William Penn (founder of the Pennsylvania colony) on his second voyage to America in 1699.  After Penn’s return to England in 1701, Logan was appointed commissioner of property.  He served as the Mayor of Philadelphia (1723) and as chief justice of the Pennsylvania Supreme Court from 1731 to 1739.  Thomas Dongan, the second Earl of Limerick (b. 1634) was selected by the Duke of York to govern the New York Province in 1682.

As the new colonies began to assert their independence from England, the Irish continued to play a role in government.  This was perhaps a foreshadowing of their influence for many decades into the future of the new country.

The Declaration of Independence 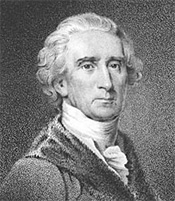 Eight signers of the Declaration of Independence could claim Irish roots, including three born in Ireland.  James Smith was born in Ulster in 1719 and died in the U.S. in 1806.  He was a lawyer and a member of the Continental Congress from 1776-1778.  Matthew Thornton was born in Ireland 1714.  He was a member of the Continental Congress in 1776 and a colonel in the New Hampshire Militia.  George Taylor was born in Ireland in 1716.  He operated an iron manufacturing business in Pennsylvania and was a member of the Continental Congress from 1776 to 1777.  Other signers of Irish ancestry included George Read of Delaware, Charles Carroll of Maryland, Thomas Lynch, Jr. of South Carolina, Thomas McKean of Pennsylvania, and Edward Rutledge of South Carolina. 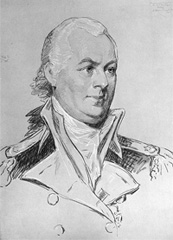 Irish influence was also found in the military.  Perhaps one of the most important, but often overlooked, military figures was Commodore John Barry.  Known as the father of the American Navy, Barry was born in 1745 in County Wexford, Ireland.  Barry made many significant contributions to the war for America’s independence.  He was the first to capture a British war vessel on the high seas.  He fought on land at the Battle of Trenton and Princeton and he fought the last naval battle of the American Revolution on the frigate Alliance in 1783.

As a new country was born, the Irish along with fellow immigrants from many European countries put their mark on the idea of America.  While only a few are mentioned here, many more fought in the American Revolution, created new families, built businesses and sought new opportunities as the push for westward expansion began.   Check back often for more information on the influence of the Irish on the formation of the United States of America.