Irish immigration to the U.S. reached its peak in 1891 at 1.8 million.  By the end of the 20th century 10.8% of the U.S. population will claim Irish ancestry.  Clearly the Irish left their rural roots behind and assimilated into America’s cities.  By 2000, states with the largest Irish population include New York, California, Pennsylvania, Illinois and Florida. 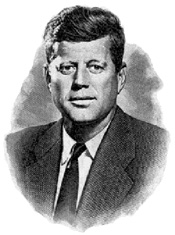 Of course, the height of the political ascendancy for Irish Americans in the 20th Century was the election of the first Irish Catholic President, John Fitzgerald Kennedy.  Both Kennedy’s maternal and paternal roots are firmly embedded in Ireland.  The Kennedy political dynasty in America comes out of Boston in the form of his grandfather James “Honey Fitz” Fitzgerald, first elected Mayor of Boston in 1906.

The Irish in the Movies 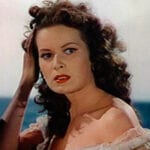 John Ford, the great director of westerns such as Stagecoach and The Searchers was the son of immigrants from County Galway and the Aran Islands.  He explored Irish themes in his memorable movie The Quiet Man, starring Dublin born actress Maureen O’Hara.  Maureen O’Hara made many important films including How Green Was My Valley, The Hunchback of Notre Dame and Miracle on 34th Street.  The list of 20th Century actors from Bing Crosby to Joan Cusack with Irish roots is simply too long for these pages.  However, their influence will continue well into the next century. 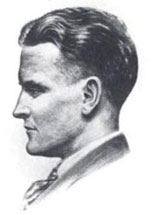 American artists of Irish descent include Georgia O’Keeffe and Thomas A. O’Shaughnassy, an American Celtic revival designer whose stained glass windows at Old St. Patrick’s Church in Chicago recall the designs from the ancient Book of Kells.  Louis H. Sullivan, a modernist architect and father of the skyscraper became one of the most influential voices in American architecture.

At the close of the 20th century, Irish Americans have taken their place among the most accomplished members of society.  In creating the Irish American Hall of Fame, we will have the opportunity to preserve their individual stories and contributions.

The 2010 census confirmed that a significant part of the American population continues to identify with their Irish roots.  More importantly, however, is the expression that the bond between Ireland and America brings to the global community.  We see this when young Irish dancers, six generations removed from the Great Hunger, travel back to Ireland to compete in the All Ireland dance championships.  We see this when Irish born actors such as Gabriel Byrne and Pierce Brosnan play American characters in television dramas and movies.  We see this when an Irish singer named Bono can fill every stadium from New York to California.

The Irish American Hall of Fame will be a place where we can preserve the story of those that make a difference in American culture and American life.  We celebrate them and look forward to continuing to tell their stories.